Early start with the year 4 girls waking up at 4:44am! They were promptly sent back to bed.  A big choice of cereal and a cooked breakfast set the children up for an action packed day of activities.  The weather has been warm and sunny which has been enjoyed by everyone.  All the children have taken part in Problem Solving, Low Ropes, Jacobs Ladder and Challenge Course.  You can see from the photos how much fun the children have had and all the activities required team work and communication.  As always the instructors have been great encouraging all children to reach their potential.  It goes without saying, we have been very well fed today! 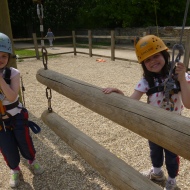 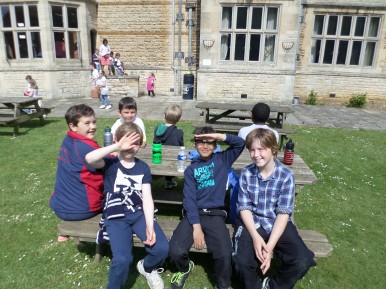 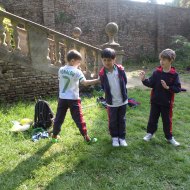 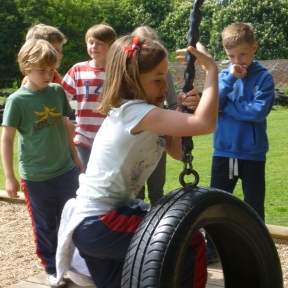 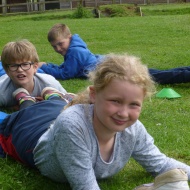 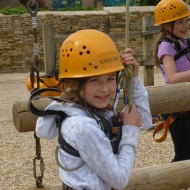 Arrived at Caythorpe and met our leader Callum who showed us to our accommodation.  The children chose a bed and unpacked their luggage.  We then went straight to lunch which was burger, chips, salad and a nice fruit pudding.  The children have all done two activities this afternoon Quad biking and climbing.  After dinner the children had the opportunity to go to the shop to buy some sweets and then went off to their evening activity Catch the Flag. We are looking forward to a quiet night but have heard a rumour about a party in one of the rooms!

On Tuesday 19th May, the Pre-Prep Choir gave a highly enjoyable concert. They did incredibly well to perform a 30 minute concert, complete with concentration warm-up to begin. Some songs were action songs and others were more lyrical, to encourage a healthy singing technique. The children had lovely smiles on their faces and were a delight to conduct and accompany. All we ever ask is that the children do their best and they really did try their hardest. Reception, Year 1 and Year 2 should be very proud of themselves. Thank you to the audience members for your support at the concert. It clearly means a huge amount to the singers to have family there to watch and hear them.

On Friday 22 May, the Junior Choir gave their concert and demonstrated some super two and three part singing. Again, we started with a warm-up and went into a huge variety of concert songs, including two that we sang in the Kettering Festival. The stamina of the choir was impressive and their concentration through this range of pieces was very pleasing. Lots of the singers showed a real sense of communication and a desire to lead, along with an understanding that all voices need to blend together. There were some lovely comments after the concert from parents and we were ever so pleased to have you there.

After a hearty breakfast of bacon, beans and tomatoes the children set off to their first activity.  These included Giant Swing and Sensory Trail. The children were harnessed into the swing and hoisted by their team before being launched into the next county!!!!!!  Some good team work was seen when blindfolded for the Sensory Trail, an excellent exercise in team work and communication.

During the afternoon the activities were Vertical Challenge and Survivor.  The Vertical Challenge is roughly 20m high and was climbed in blustery conditions, congratulations to the children who reached the top and a brilliant effort was made by all.   Survivor involved different scenarios drawing on survival techniques including den building, camouflage and alarm raising.  We are just about to set off for the camp fire.

We will see you tomorrow on our return.

Arrived safely and we were introduced to George our leader who’s been teaching us many ‘sing it after me songs’.  After a tour around the site and games on the lawn it was then time for dinner.  The choices were fish, pork loin chops and mushroom ravioli with chips, vegetable and unlimited visits to the salad bar.  There was cheesecake and fresh fruit to follow.  Everyone went back to their rooms to unpack their suitcases ready for tonight’s activity ‘ambush’!!!!!!! Early start tomorrow breakfast at 7:30 ready for activities including Jacobs ladder and vertical challenge. Lets hope the children have a good nights sleep!!!!!

Years 2, 3 and 4 took part in the Kettering and District Eisteddfod on Friday 13th March. The Year 2 Choir and Junior Choir competed against other schools in the Hymn Singing and Own Choice classes. We did very well indeed! 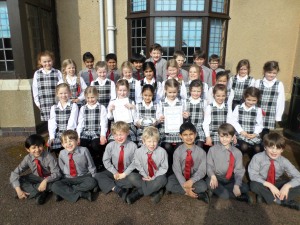 Junior Choir (Year 3 and 4) started with their Hymn Singing class and performed Seek Ye First and Lord of the Dance. The comments mentioned such things as ‘a confident opening’, ‘impressive legato’ and ‘excellent diction’. We received a mark of 87 and were placed first against Kettering Park Lower School.

Year 2 followed in the Hymn Singing class with Think of a World and If I were a Butterfly. They scored 88 and the adjudicator was clearly very impressed with their performance. It was a very narrow miss for the Shield for best choir of the entire session, as Kettering Park Upper School Choir (Years 5 and 6) also scored 88 to win it.

After a short break, we returned for the Year 2 Choir to sing in the Own Choice class. They performed Nursery Rhyme Picture Book and Pirates. The comments here were ‘an energised opening’ and ‘this was a lovely performance, communicating with your audience.’ The trio that sang at the beginning of verse 4 (Jacob M, Shonali B and Leo P) were praised: ‘well done soloists.’

Junior Choir then went on stage to sing Can You Hear My Voice? and Generation Gap. These are both tricky songs and the comments praising the ‘balanced harmony section’ and the multiple actions show how well they did. Again, we won, with a mark of 86, against Kettering Park Lower School.

The icing on the cake – as if four firsts wasn’t enough – was for the Year 2 Choir to receive the trophy for overall winner of the Junior Choir classes.

Huge thanks to the parents for getting everyone to school early and for lots of support in the Salvation Army Hall in Kettering. Thanks also to the ever-supportive staff who also went.

Year 4 are learning how to work safely with  Bunsen burners. Here they are all protected with their goggles and lab coats and fixing their thermometers safely in clamps.

They are heating up glass beakers of tap water.

How high will the temperature of the water reach? How long will it take to cool down again?  Ask a year 4 and find out!

Here are members of Y4 busy heating their water and recording all their results. 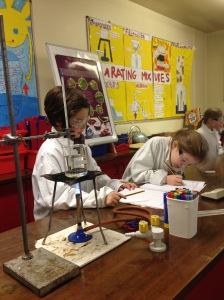